The length of the debate is 2hr45mins

Compare 2 hypotheses in light of 6 indisputable facts
1. NT believe Father is one God alone
2. NT believes one God is the Trinity

Jesus is a real human man

the one God is eternal

I remember wrestling with the Lord over what he was showing me about himself through the scripture but the moment I surrendered, what a great peace that came over me. I remember crying out to the Lord and I felt this overwhelming unction to write and as I did God began to speak. Many may not see or may never see but I know without a doubt I heard him speak to me.

Here is what I wrote and He answered my hearts cry!

I was standing there on Mars Hill
Worshipping a God I knew was real,
He had a name I did not know
Until His Son began to Show.

When I first saw Him I knew He was three,
Well, did I, or is this what man said to me,
As I looked at His Word this had to be wrong,
God Had been saying He was One all along.

So as I searched, it was not three but one,
Then I began to see that One sent His Son,
His name was Jesus, so that’s Gods name I see,
Well, did I, or is this what man said to me.

God of Abraham, Isaac, and Jacob reveal unto me,
Who you are so that way I can see,
Man says one that is three or two that’s the same,
Am I crazy, I feel like I’m Going insane.

Calm down my son, soon you will see,
Look at what’s written and you will know me.

Yes Father, I believe that it’s true,
Open my eyes so I can see you.

Yes, and He tells you that I am the One,
He is not me, but the One whom I said,
Will be the judge of the quick and the dead,
Look at Him trust Him, because His Word is true,
He does nothing of himself, but what I showed him to do.
Now you follow Him and give worship to me,
And you will be what I’ve created you to be,
Speak life to the world from the Words that I spoke,
Don’t be afraid of Man because they’ve seen what I wrote.
I love you my son, I’ve put my peace deep within,
To guide you where I’ve said when you don’t understand,
Trust me, Trust my Son, which you become one,
In us by My Spirit, My will be done. 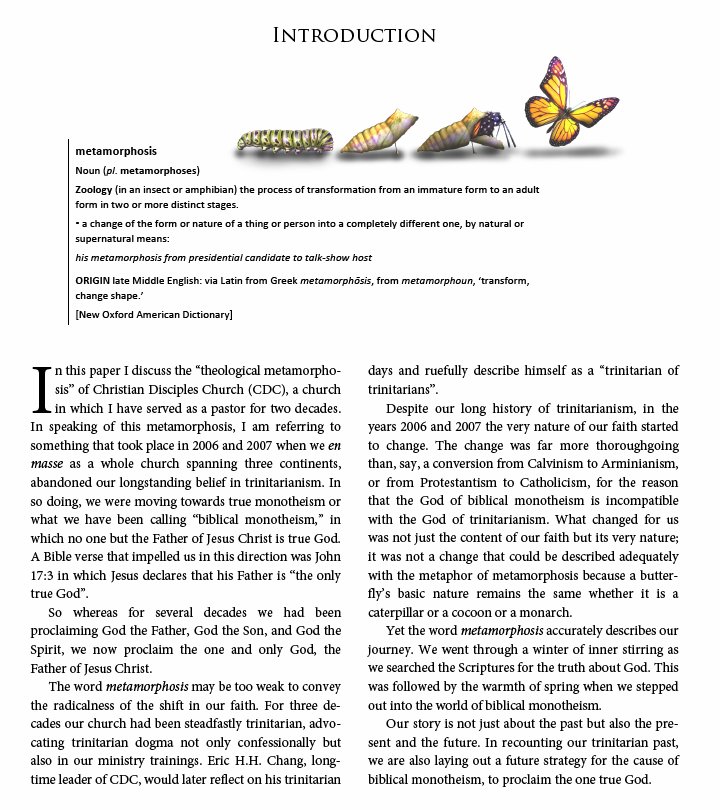 Why would God lie?

God said, audibly, on two occasions: This is my beloved son.

This is out of the mouth of God at two different events as testified by three different writers.

Being as He is Spirit, God can neither be “with” Himself nor “in” Himself; to think otherwise is to grossly misunderstand the God of the Jews, of whom Jesus said, “we know what we worship, for salvation is of the Jews” (John 4:22).

We know that men lie. But why would God lie?

God who cannot lie (i.e., Titus 1:2 and Hebrews 6:18) called Jesus someone third person to Himself. He said this by referring to His son with the personal pronoun “him,” [Gr. autoú] in contradistinction to Himself as “I.”

Was God trying to put a stumbling block in our way to keep us from knowing the truth?

What would be God’s purpose for being at all vague, let alone misleading, about the single most important truth given to man from God? Is there any other truth more important than this since it is regarding mankind’s saving relationship with God through His son?

What “truth” could possibly be more important among mankind than God’s true relationship with His son? Why then would God lie about it? Why would God even be vague about it? Was God ashamed of His own gospel?

Do you believe that? What if God actually was true and every man was a liar?

If God was completely, succinctly and accurately telling the truth in both of those audible proclamations of His, then both Onenessianism and Trinitarianism are falsehoods from the lies of men.

“Let God be true, but every man a liar”! Are you hearing me?

This is a really, really big deal!

According to God Himself, Jesus is God’s son, not God. Otherwise God could have, and should have, told us when He had these two perfect opportunities. But God, who cannot lie testified to us something different than either Trinity or Oneness. He testified audibly that Jesus the Anointed One is His son! He could have done more good by not saying anything IF (big if) the Oneness or the Trinity is true!

But rather, God used His perfect opportunity to the utmost to state in the clearest terms possible, this most important truth of all: that Jesus the Anointed is His son. Furthermore, God spoke of His son in personal pronouns. That means God also used His perfect opportunity to clearly indicate that His son is a separate and distinct person from He, God, Himself! Why do you question God? To what end will it get you to question God to the point of making His words out to be lies on multiple levels?

If you want to question the true Son of God doctrine, then be forewarned that in doing so you are calling God a liar and men true. In other words, you are calling good evil and evil good at the highest possible level–the very mouth of God!

Who then is this son of God? He is just precisely who God, who cannot lie, first proclaimed him to be, nothing more and nothing less:

This is the son of the Father in truth!

And if you don’t believe in the true son and Father as the Bible defines them, then hereby know, that the Bible calls you “against-the-anointed-one” (antichrist)!

So go ahead now, choose whom you will serve. Go on and kick against these facts! Go ahead now and devise your cunning fables, private interpretations and traditions of men that you feel counter these very clear, once audible proclamations of God!

But before you do, please, I beseech you, answer me this one question:

WHY WOULD GOD LIE?

1st TV Program – Joel Hemphill – To God Be The Glory 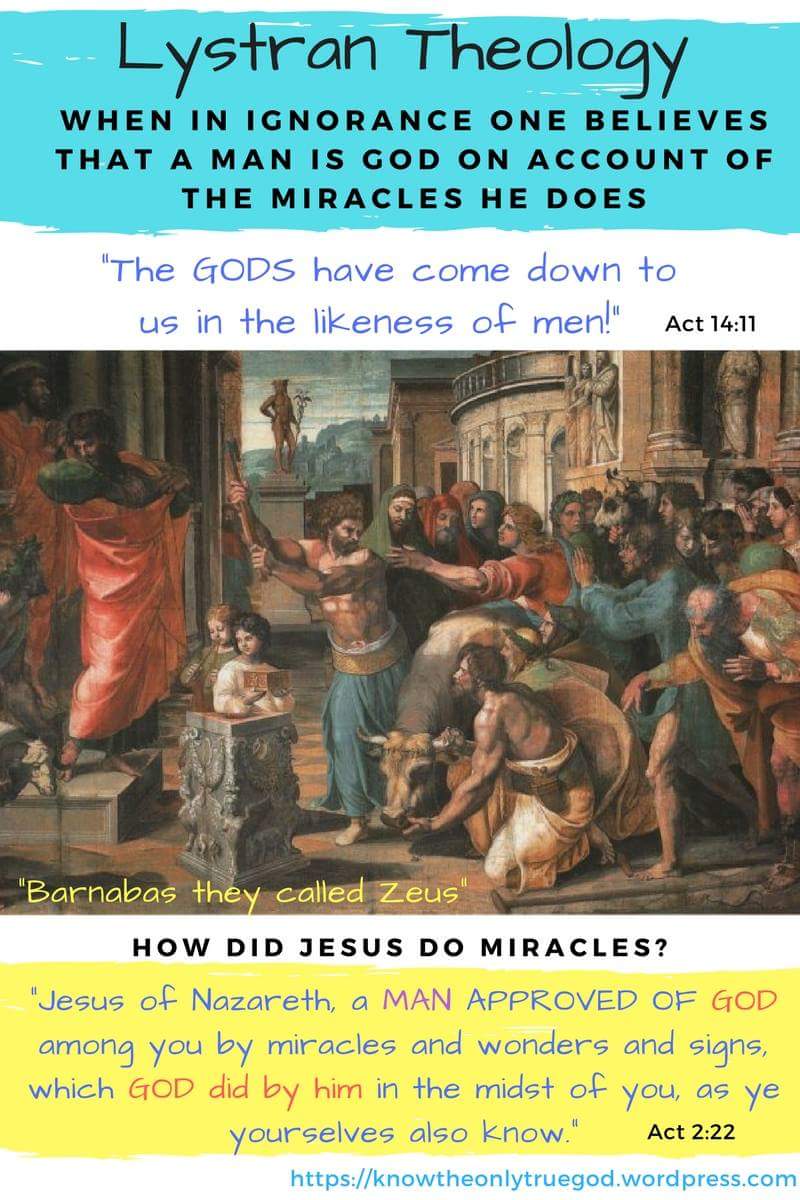 The concept of incarnation is indeed in the Scriptures; showing it roots to be totally pagan.  Trinitarian/Oneness believers – Turn from such vanities and turn to the living GOD whom Jesus the Messiah, Paul and Barnabas worshiped!