The Attributes of God & Jesus Compared 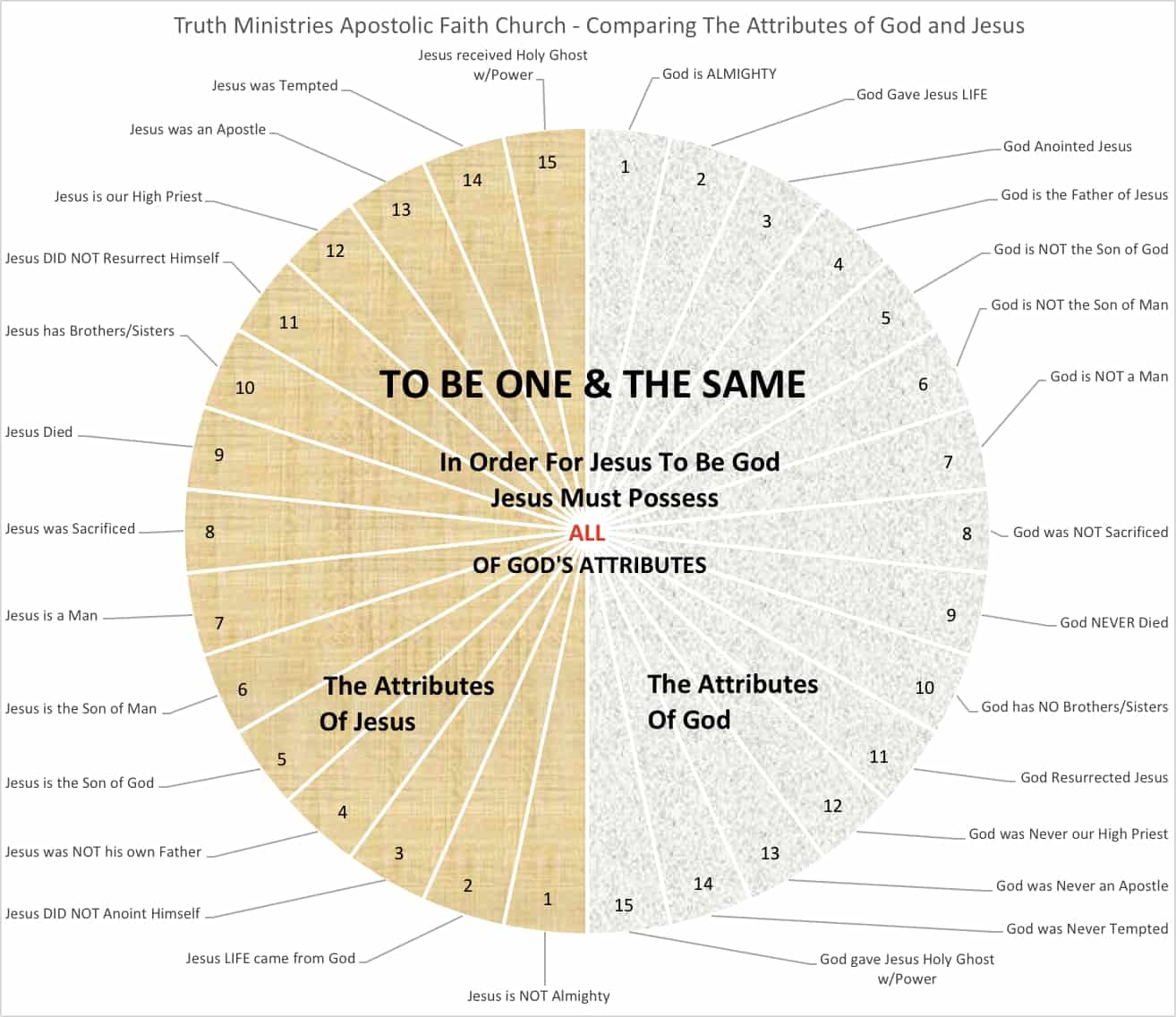 21st Century Reformation presents its first Special Focus Edition on the Oneness Pentecostal view of God. J. Dan Gill, 21st CR Editor in Chief, indicates “We have high honor and regard for Oneness people, ministers and churches everywhere.” This edition shares with Oneness believers what some of their own ministers have concluded regarding the Oneness understanding of God and Jesus. J. Dan says “While the Trinity falls short of the true scriptural understanding of God, there are those of us who have concluded that our Oneness views also fall short in some important ways.”

In this edition, we have five videos of teachings by J. Dan Gill. He is a 3rd generation Oneness Pentecostal believer who now encourages his fellow Pentecostals to reconsider their view of God and Jesus. J. Dan’s teachings in this edition are of powerful presentations that he recently made in former Oneness churches in Texas and Wisconsin.

There are also some great articles including an excerpt from the writings of G. R. Davies of Australia. Davies, who is now deceased, was a popular speaker at UPCI conferences, camp meetings and churches around the world. We are honored to bring our viewers these materials from Davies’ book “Who Are You, Lord?”

Why I call myself, Apostolic.

I call myself Apostolic, meaning I believe on Jesus according to the word of the Apostles of our Lord Jesus Christ, as Jesus himself prayed to His Father.

Joh 17:20 Neither pray I for these (the Apostles, the men you have given me) alone, but for them also which shall believe on me through their word;

The word, Apostolic, in itself is not entirely scriptural, though derived from the scriptural term, Apostle. John declared that the Apostles were of God and that if we did not hear them, that is the Apostles, we prove ourselves and all others who will not hear them, not to be of God.

Apostolic is yet a flawed term in this regard and I accept that flaw. Apostolic is a term misused by so many that as a label, it serves up a smorgasbord of definitions. The Catholics claim to be Apostolic by succession, though in fact no Apostle would ever preach, teach or otherwise align themselves with the paganism of the Catholic church or its Trinity. The Oneness Pentecostals declare themselves Apostolic because they obey Acts 2:38, though they reject the preaching of the Apostles concerning God’s Son. Many sects call themselves Apostolic and know nothing of what the Apostles preached.

So, when I call myself Apostolic, it is with this caveat; I am Apostolic in that I believe on the Lord Jesus Christ according to the words of the Apostles.

One more thing I must note in using the term Apostolic. If I believe on Jesus according to what the Apostles preached concerning him, then I must also do what they commanded all who heard them to do. After Peter preached “Jesus, the man approved of God, who God anointed, raised from the dead glorified, appointed Judge of the Living and the Dead, and in whose name is preached remission of sins,” Peter commanded the people to “repent, be baptized in Jesus name, and receive the gift of the Holy Spirit.”

When a Oneness believer says “Jesus is the Son of God” 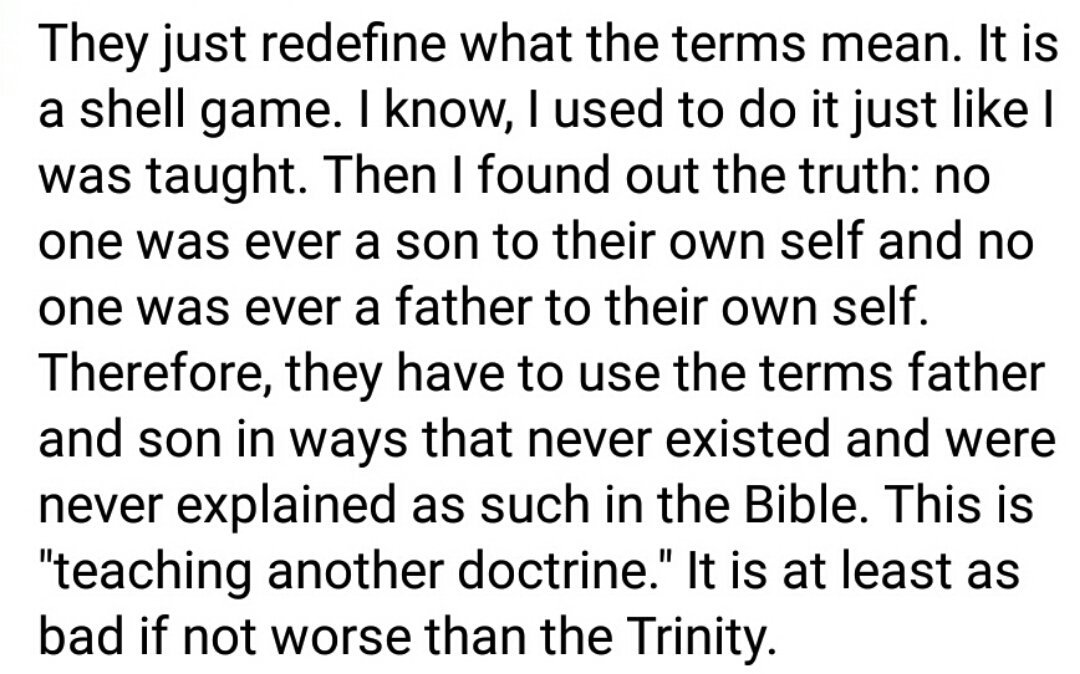 All Oneness believers? I suggest instead of just quoting Revelation 4:2
Take the time to read from Chapter 4 verse 1 right through to the end of Chapter 5>
God willing you will then see the difference between God and Jesus! 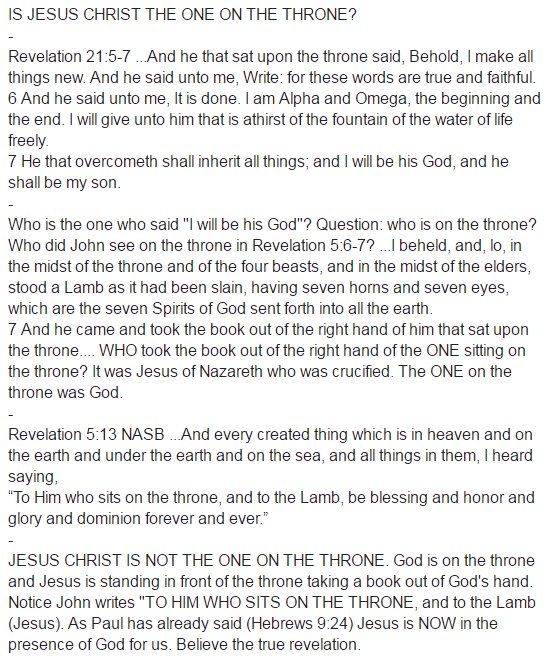